I was truly honored when Jack Spirko invited me to present on Freedom Cells at his 2020 Survival Podcast Workshop. While I love a good event, I was totally blown away by how inspiring the workshop was for me. I also didn’t anticipate meeting so many good people with such a high calibers of character. I left the meeting with dozens of new friends and lots of motivation to level up my homesteading ambitions.

Every year Jack Spirko of the Survival Podcast hosts a workshop at his Nine Mile Farm just west of Ft. Worth in Texas. This year there was around 80 people in attendance. Right off the bat I could tell how connected many of the participants were and it quickly became clear that Jack has managed to create one hell of tight-knit community.

The first thing on the schedule was a tour of many of Jack’s food production systems. He is big on aquaponics which is essentially a self sustainable system where water from a fish tank feeds in to a upper grow bed and the vegetables are nourished from the water and fish poop being pumped in. The plants then clean the water that gets recycled back into the fish tank. He had systems all over the property.

A big takeway from touring Jack’s place was how DIY things were yet they worked and churned out quite a bit of food. Jack just dives right in and figures it out as he goes. I could tell that many of the systems were experiments and then as time went on Jack would improve the system as needed. This was inspiring for me as sometimes I overthink things and get stuck in the planning phase which can lead to inaction. I need to be taking massive action and cleaning it up after the fact.

Another cool part of the event was listening to John Pugliano’s talk on HAM Radio. In the Freedom Cell Network having an “off-grid” form of communication is really important should shit hit the fan. It was great to learn about how practical and doable HAM radio truly is. There is a cell in Tusla, OK that is setting up HAM radio. I recorded the talk for others in the network can benefit from the wisdom share.

One thing I noticed about the people attending is that everyone was so damn friendly and solutions oriented. While there was some talk of politics, it was mainly in the context of entertainment and speculation. People didn’t really seem to give a shit one way or another and everyone was more focused on GSD (getting shit done, a popular slogan in the community).

If you’ve followed my work you know that I am all about solutions so it was a relief to be around so many people that are so damn solutions oriented. I could tell also this a group of people that isn’t afraid to ask for help and when asked they gladly show up for one another and expect nothing in return. I heard many stories of cooperation and mutual aid and that too was inspiring.

I was very stoked to present Freedom Cells to this audience. Some were already participants and many were familiar with the concept from me mentioning it on Unloose the Goose. My goal was to motivate more people to sign up, cuz let’s face it, these prepped and solutions oriented folks are exactly who I want to be building with.

Click here to listen to the podcast version of this talk.

The talk was very well received with many people signing up on the spot and lots of great questions asked. There were quite a few people from TN in attendance and my Goose co-host Nicole Sauce has done an excellent job of bringing people together to help organize the network in TN. Jack signed up on FreedomCells.org after the event so it’s good to have him be a part of the site. If you haven’y signed up yet, please do so and add yourself to the member map so you can find like-minded people in your area.  Remember, if you don’t find there are folks in your area already, we need you to be a leader and help us recruit.

While I was planning on doing some kratom testing and giveaways, a speaker who was gonna give a talk on CBD had to cancel so Jack asked me to fill in and talk about kratom and CBD. The talk went really well and it was awesome to meet in person some of my existing clients!

Click here to listen to the podcast version of this talk.

While there were many talks and educational activities, there was also much fun to be had. Many attendees partied and drank well into the night. I’m normally not a big drinker but I decided I’d indulge and let loose. We did Karaoke which was a blast. I busted out some freestyles which the crowd enjoyed. We also did a giant testing circle of homemade mead and even some moonshine. My first time to try mead and moonshine and man was it good!

I forgot to mention one of the best parts of the whole event…… No one wore a mask the whole time and there were plenty of handshake and hugs to go around! The event wasn’t a super spreader unless we are talking about spreading freedom and community!!!

I want to thank Jack for inviting me and big shout out to his lovely wife Dorothy and the crew that helped with food and logistics. They did an amazing job. If you are reading this and attended the event, I want to say I am super grateful to have had the opportunity to meet you and very much look forward to being an active part of the TSP community.

It’s events like these that keep me hopeful and optimistic about the future. If you only pay attention to the news or your social media feed you may have dread and pessimism about the future. But you if get off your ass and go hang out with like minded people, in real life, you will soon have a great weight lifted off your shoulders. There are doers out there and they are actively making the world a better place. It’s a very beautiful thing.

Here’s to living a better life, if times get tough, or even if they don’t! 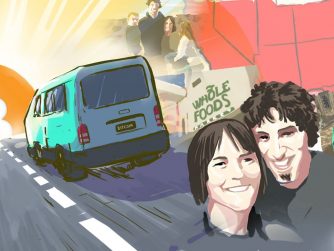 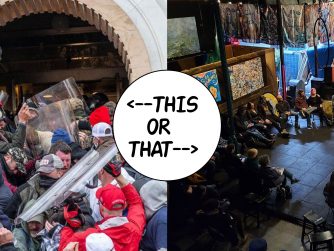 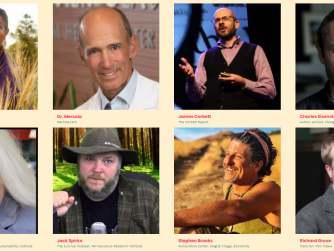 Hey friend, thanks for joining the Live Free Now newsletter! I’ll be sending you updates with new episodes as well as a slew of news, views... 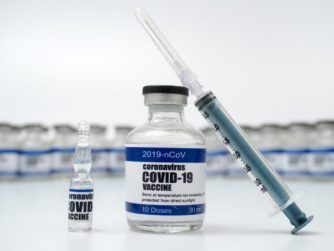 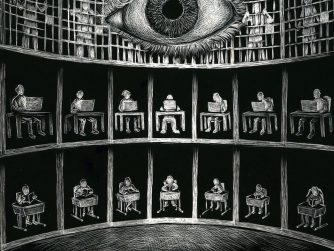 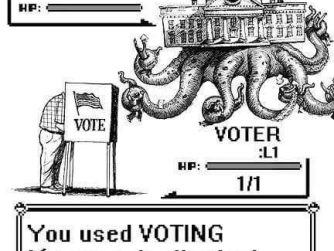